Ok today, a word about the suspended trap and how I did it.
With the experience I gained from the gameje, I discovered a better and more practical way to do this. But at the time, I was in the rush of the game jam, so I had to move in order to not get stuck too long on an issue. 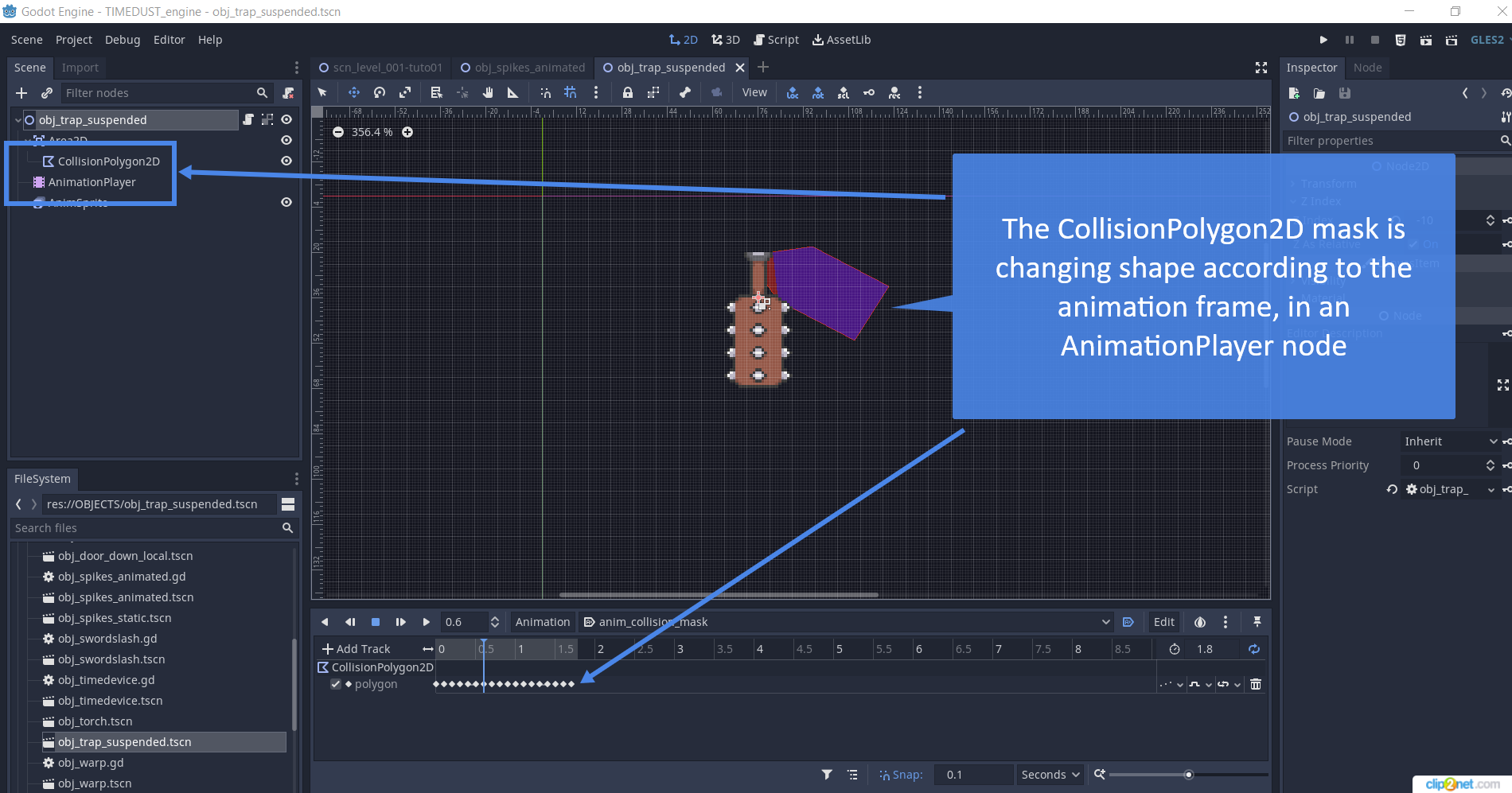 Two animation nodes for the same object
The main issue I encountered is that I use the AnimatedSrpite2D speed property to set my default animation speed. (Then the Timedust effect slows that speed). However, I couldn't do the same with the AnimationPlayer node: the collision mask animation wouldn't follow the sprites.
So I had to do some research in order to have control on the speed of the AnimationPlayer, so I could synchronize it with the sprites animation speed.
I had to go through trial and error to eventually find the maths that match perfectly the sprite animation.
So it worked in the end, but later in the jam, when I worked on the animated spikes, I found another way that I think is maybe more adapted:
using different CollisionMasks, hiding and unhiding them depending which animation frame is currently playing.

Trial and error eventually led me to find the maths